Synopsis:
The four Herath siblings, along with their parents – the father a government employee in Sri Lanka and the mother a school teacher – move into a house On Sal Mal Lane in the southern parts of the country in the year 1979. This story is about them, about how the entire lane seems to find a new lease of life, how the people in the lane and their lives slowly start to revolve around them and how they all influence each other. But there is a simmering discontent which is sometimes evident within the thoughts of some of the residents of the lane and also in the country. A story, which while limited to the lane it is named upon, contains a history of ordinary people in the years leading up to the beginning of the Civil War from 1983.

Review:
I’ve started a new trend of reading for myself, I begin a book with the end pages. Nope, not spoiling it, just to check whether there is something else other than Acknowledgement and a Note on the font. And there was a Glossary there, which I can refer to while reading the book!

I read this story in fits and starts, the reason it took me close to four months to finish reading it. But, this story will always remain close to my heart and deserves all the hype that I can create for it. A story of innocence, of children growing up, of events beyond anyone’s control; a story of wonderful dreams and dashed hopes; amidst the clamour of civil war. A story where class and caste differences are attempted to be understood through the eyes of innocent children who are trying to understand the complex world that the adults inhabit. A world that the latter, having left behind their days of innocence, seems to unnecessarily complicate.

What a beautiful and poignant story this was! A historical fiction spread over five years – from 1979 to 1983 – it starts with a prologue. On 5 May 1976, the narrator brings forth a short history of the country that is Sri Lanka. And the numerous conflicts that plagued the nation. But all of it is to be told from the perspective of everyone who lived on Sal Mal Lane. Even if they may be insignificant people in the grand scheme of a nation, they too share the same history and are affected by it.

After the epigraph, the first thing that you see is a map of Sri Lanka followed by a pictorial depiction of Sal Mal Lane accompanied by a list of the members of the families inhabiting houses on both sides of the lane, which helped in visualising the setting while reading the book. The prologue itself promised a wealth of writing. Especially the way the narrator introduces itself at the end, in the first person. Yes, itself. Sounds bewildering? It did to me too. Every year has a few chapters with titles that indicate what is to come in those chapters.

It is far easier to be everything and nothing than it is to conceal love.

In the early days of 1979, the Sinhalese Buddhist Heraths moved into the only empty house On Sal Mal Lane. Named after the grove of sal trees at the very end of the lane, what made this stand out was the way the children of the lane were at the crux of the story. This first chapter set the tone for the entire novel. Yes, the Sinhalese Buddhist is a necessary bit of information since the novel, among other things, involves the gradual escalation in tensions between the Tamils and the Sinhalese.

Reading a book from a culture other than mine is always such a wonder. Getting to know their homegrown remedies, their foods, their festivals, etc. It also brought home the fact of how children don’t care at all about caste equations, religious standing, or social classes.

He felt burdened by the weight of all his learning, which, he knew, came with the corresponding responsibility to seize any opportunity to correct …

The omniscient narrator appears from time to time, giving us a hint of something that possibly might have led to the events in the future. As the story unfurls, behind the prim and proper facade of Mrs Herath lies an unyielding persona that sometimes doesn’t even stop to consider her children’s happiness. This story reaffirmed how kindness and music can go a long way in uniting humanity. The author’s way of narration, how she started with a simple enough tale about a neighbourhood, weaved in the national Tension (with a capital T) which was simmering before the full blowout, and her subtle hints about how it would be in the future even if it seemed all happy and gay at present, was magnificent. The writing is lyrical, it rolled off my tongue and settled deep in the crevices of my heart.

The writing was a revelation, especially when other characters were also given a voice, albeit briefly. I was amazed at the author’s use of wordplay, where through the children’s activities, she drew a picture of the country and the events to come.

It was the sort of trouble that would soon overflow its banks and flood the nation, turning the small ponds of concern and occasional tears of Sal Mal Lane into their own tributaries of discontent.

The last few pages made me weep. For all the things lost, for all the promises unfulfilled. A senseless loss, which spiralled into more grief and acts which beg the question, when does it all end? Certainly not with the epilogue.

This was a tough review to write, and I can only imagine how Ru Freeman was able to pen down this story. Even after so many words, I still haven’t covered what all this book was about. I can only request you all to please read this book!

P.S. I borrowed a paperback copy from the local branch of the Delhi Public Library.

This is also my entry for Prompt 15 of the Reading Women Challenge 2019: A book written by a South Asian author.

Also, in keeping with the trend, here is what I would call the Playlist of this book:
Brahms 3 Intermezzi op. 117
Debussy’s Arabesque no. 2
Brahms 6 pieces op. 118 Ballade in G Minor
Chopin Ocean Waves Etude op. 25 no. 12 HQ
Bagatelle in A Minor, op. 59, Für Elise
Chopin Nocturne no. 21 in C Minor
Piano Sonata no. 14 in C-sharp Minor, op. 27, no. 2
Fernando by ABBA
Out of the Blue by Michael Learns to Rock
What’s Forever For by Michael Murphy
Under the Boardwalk by the Drifters
Ebony and Ivory by Paul McCartney and Stevie Wonder
Yellow Submarine by the Beatles
Tennessee Waltz, the Anne Murray version
Kalu Kella Mamai

You can get your copy here:
Amazon US | Amazon UK | Amazon India | Kobo | B&N | Google Play

Sri Lanka, 1979. The Herath family has just moved to Sal Mal Lane, a quiet street disturbed only by the cries of the children whose families live there. As the neighbours adapt to the newcomers in different ways, the children fill their days with cricket matches, romantic crushes, and small rivalries. Their innocence contrasts sharply with the petty prejudices of the adults charged with their care. But the tremors of civil war are mounting, and it is only a matter of time before the conflict engulfs them all and the sleepy neighbourhood erupts in violence. Tender and heart-breaking, On Sal Mal Lane is an evocative story of what was lost to a country and its people. 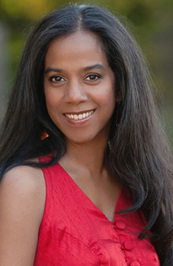 About the Author:
Ru Freeman is a Sri Lankan born writer and activist whose creative and political work has appeared internationally, including in the UK Guardian, The Boston Globe, and the New York Times. She is the author of the novels A Disobedient Girl (Atria/Simon & Schuster, 2009), and On Sal Mal Lane (Graywolf Press), a NYT Editor’s Choice Book. Both novels have been translated into multiple languages including Italian, French, Turkish, Dutch, and Chinese. She is editor of the anthology, Extraordinary Rendition: (American) Writers on Palestine (OR Books, 2015 and Interlink, 2016), a collection of the voices of 65 American poets and writers speaking about America’s dis/engagement with Palestine, and co-editor of the anthology, Indivisible: Global Leaders on Shared Security (Interlink, 2019). She holds a graduate degree in labor studies, researching female migrant labor in the countries of Kuwait, the U.A.E, and the Kingdom of Saudi Arabia, and has worked at the Institute for Policy Studies in Washington, DC, in the South Asia office of the American Federation of Labor-Congress of Industrial Organizations (AFL/CIO), and the American Friends Service Committee in their humanitarian and disaster relief programs. She is a contributing editorial board member of the Asian American Literary Review, and a fellow of the Bread Loaf Writer’s Conference, Yaddo, Hedgebrook, the Virginia Center for the Creative Arts and the Lannan Foundation. She is the 2014 winner of the Janet Heidinger Kafka Prize for Fiction by an American Woman. She writes for the Huffington Post on books and politics.